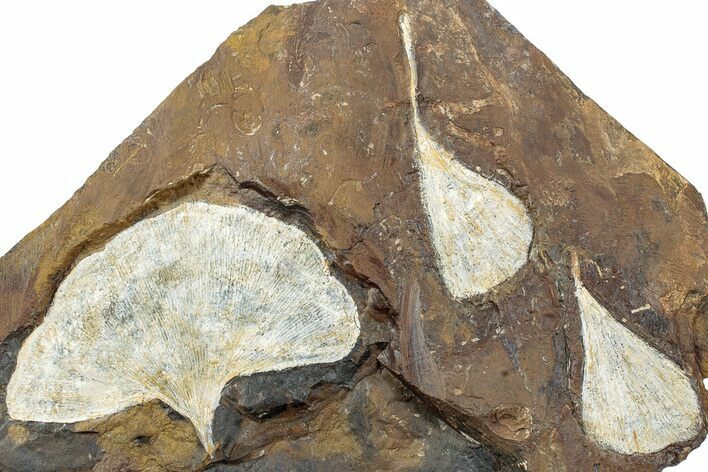 This is a beautiful association of three fossil Ginkgo leaves (Ginkgo cranei) from the Sentinel Butte Formation of North Dakota. They are finely detailed and the light preservation contrasts well against the dark orangish-brown rock.

During this time in the Paleocene epoch, the Ginkgo genus was only represented by a single polymorphic species, formerly described as Ginkgo adiantoides. In 2012, the taxon Ginkgo cranei was assigned in place of Ginkgo adiantoides. This species was distributed in much of the Northern regions of North America which had a hot, humid climate. It's leaves were virtually indistinguishable from modern-day Ginkgo biloba. These species of Ginkgo went extinct approximately 7 million years ago.
FOR SALE
$195 $170
DETAILS
SPECIES
Ginkgo cranei
AGE
Paleocene 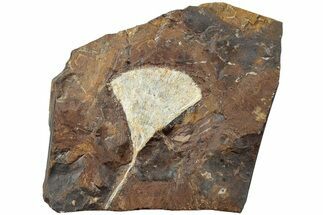 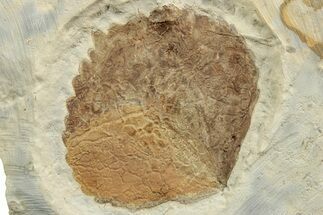 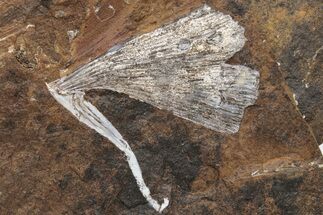 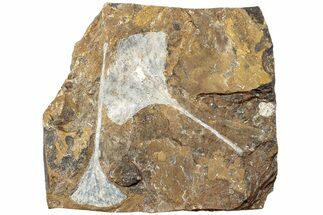 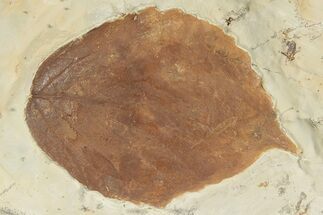 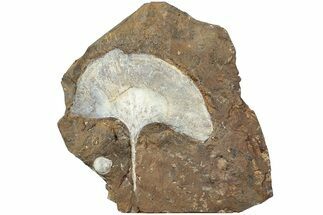