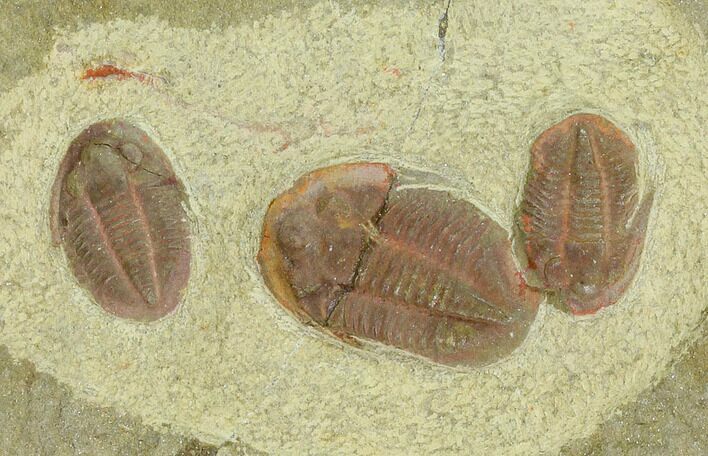 This is a really cool cluster of three Asaphellus trilobites from the Fezouata Shale in Morocco. They have a natural, reddish coloration due to the oxidization of iron pyrite. The largest of the three trilobites is just over an inch long and they are nicely centered on a 5.1x4.4" slab of shale. Comes with an acrylic display stand.