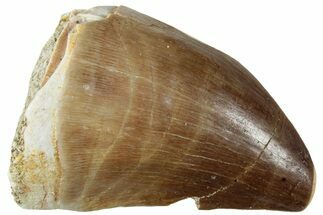 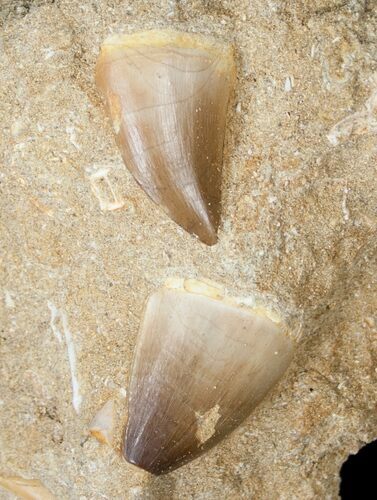 This piece of matrix contains two 1.3" long teeth of the Mosasaur, Prognathodon from the Upper Cretaceous phosphate deposits in the Oulad Abdoun Basin of Morocco. These teeth are collected as a by product of the massive phosphate mining operations in the area. It's cool to see two teeth close together and as an added bonus there is also a fossil shark tooth in the rock as well. 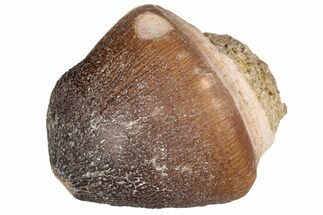 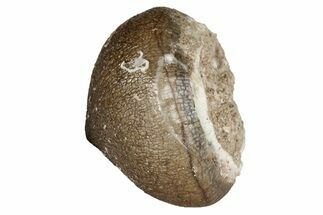 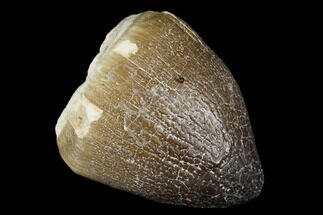