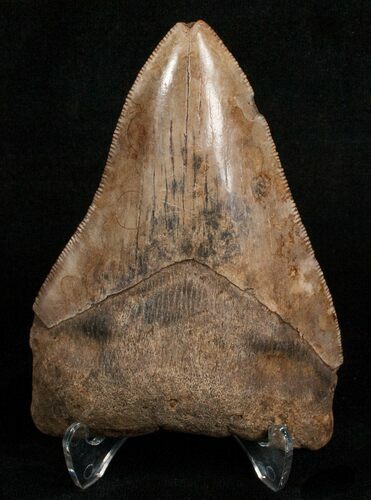 This is a uniquely color 3.72 inch long tooth collected from St. Mary's River in Georgia. The serrations are still sharp and there is just a few small chips in the blade. It comes with a custom Megalodon stand to show it off.