Fossils
Fossil Shark Teeth
Megalodon Teeth
Indonesia
Phenomenal fossil Megalodon teeth have started appearing on the market from West Java, Indonesia the past couple years. These megs are "mined" from land sites rather than collected by divers and typically have excellent coloration and blade preservation (sharp serrations, preserved bourlettes, lack of hydration cracks, etc). The exact color and patterns can vary significantly from creme colored to yellow to dark grey.

The roots of these teeth often have some degree of erosion so you have to be very careful to watch out for restoration or repair. We try to avoid purchasing these restored teeth and will always disclose any repair or restoration up front in the listings.
5 Items ($795 to $3,295)

Where Are Indonesian Megalodon Teeth Collected?

These teeth are collected directly from limestone exposures in the Tasikmalaya Area of West Java, Indonesia. Local farmers collect these teeth using hand tools (picks, hoes & shovels) from the limestone in the forested hills surrounding their farms as a source of extra income. They often do the digging at night due to the tropical heat. 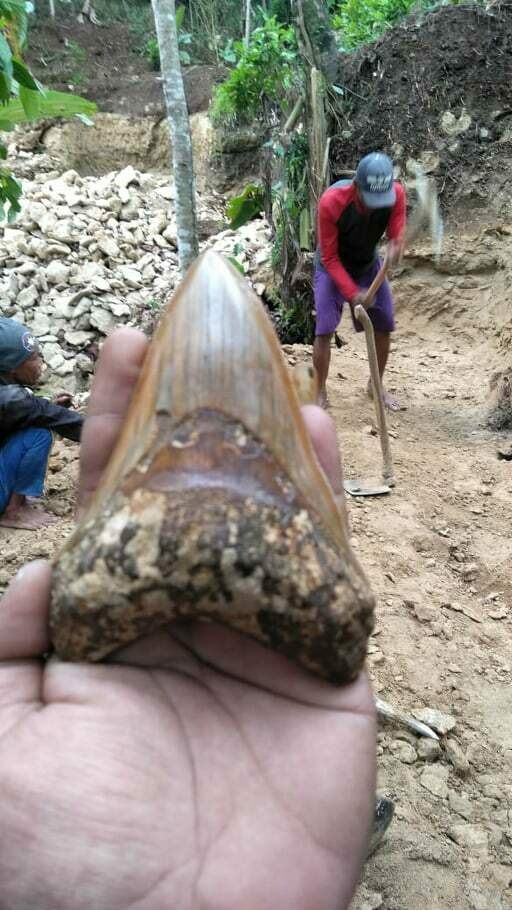 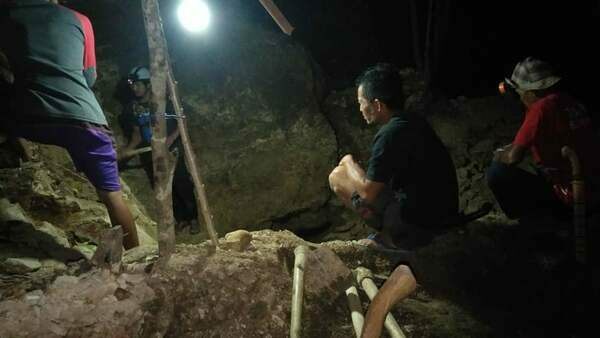 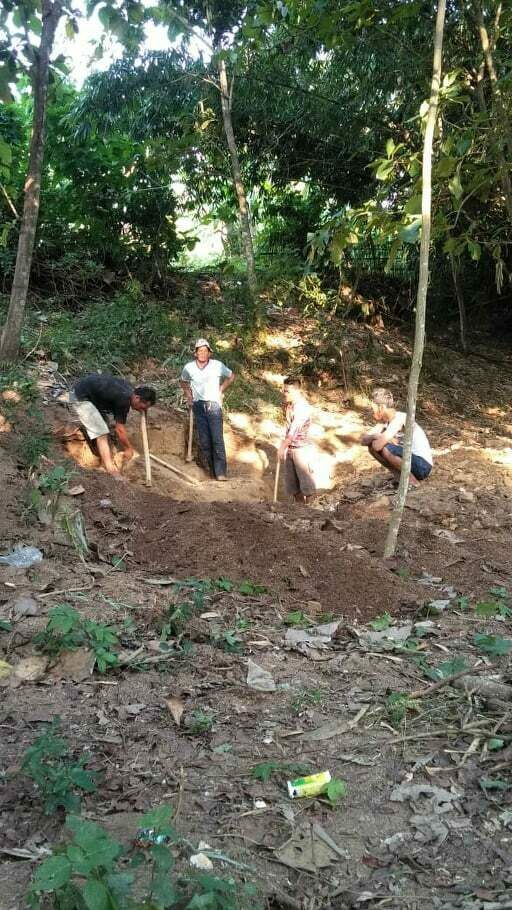 Indonesian Megalodon teeth are mined from within a limestone matrix, so they have not been previously exposed on the surface. This means the enamel is often in pristine condition, unweathered with a glassy appearance and few if any hydration cracks. The serrations are usually totally intact and extremely sharp, as are the tips. Bourlettes which are often not preserved at other sites, are frequently present and often very colorful. The blade coloration and patterning can be quite spectacular including tans, golds, blues, reds and browns.

Despite the fact relatively few Indonesian Megalodon teeth have appeared on the commercial market they really aren't any more rare than megs from other land locations. There just haven't been many people digging them, and because they are quarried from sandstone deposites rather than collected on river/ocean bottoms it takes much more effort to collect them.