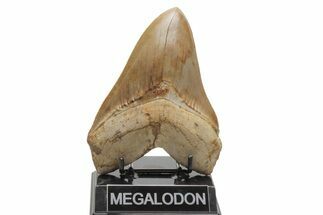 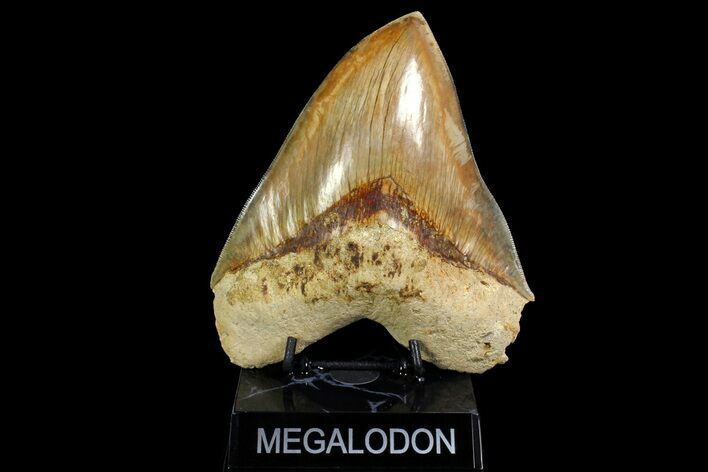 This is a giant, sharply serrated, 6.00" long, fossil Megalodon tooth collected from West Java, Indonesia. While I've had many teeth from Indonesia that have claimed to have been 6+ inches only a couple I have received have actually been this size. This beast would have come from a prehistoric, mega-shark in the 50 foot size range.

This monster has a gorgeous blade with super sharp serrations and a fine tip. There is some erosion to the root. The surface of the root on the front of the tooth has been restored.