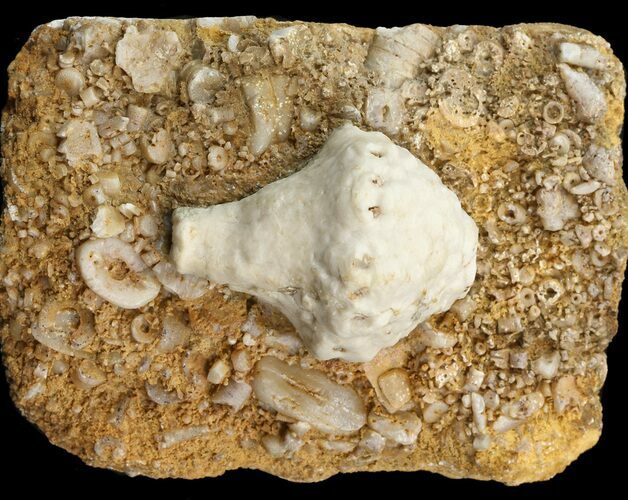 This is a cool plate of Mississipian aged echinoderm fossils from Missouri. There is a very detailed calyx of a Uperocrinus pyriformis crinoid and the rock is full of crinoid stem fragments.