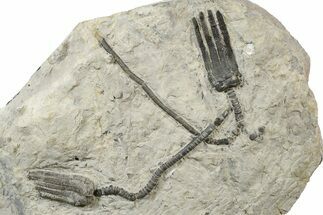 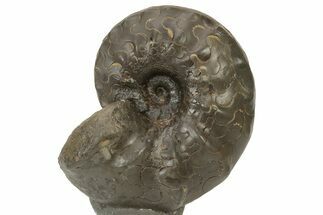 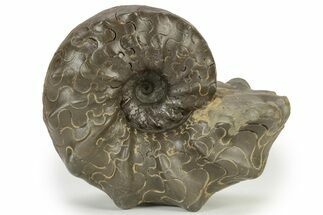 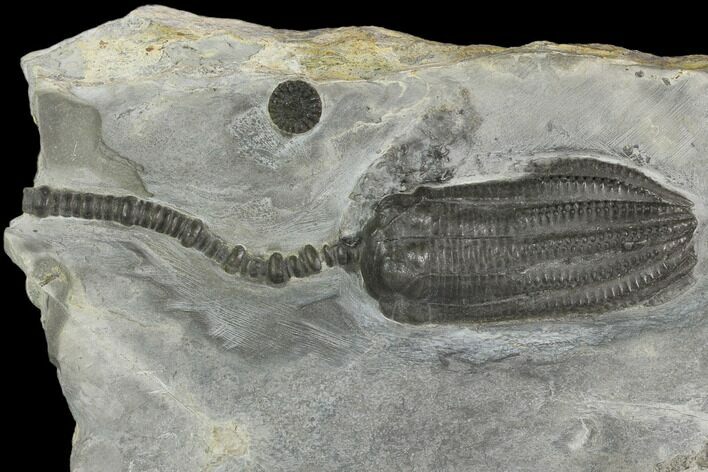 This is a beautifully preserved, 4.6" long crinoid (Encrinus liliiformis) fossil from the Muschelkalk Formation of Germany. It's very inflated and nicely prepared.