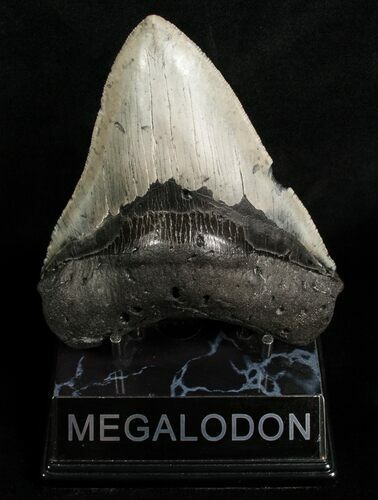 Megalodon teeth this size are very rare from Venice, Florida. Unlike the teeth out of the Carolinas which frequently reached lengths in excess of 5 inches, teeth from the Bone Valley Formation average around 2 inches.

This tooth is nicely shaped with sharp serrations and a robust root. There are a few chips out of the edges but overall it's a really nice looking tooth. It comes with the pictured stand.