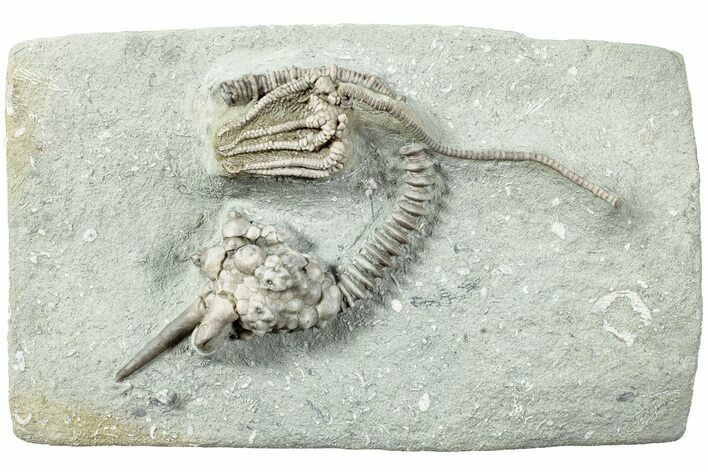 This is a beautiful, 6" wide plate of detailed fossil crinoids from Crawfordsville, Indiana. These fossils have been microscopically prepared using air abrasives, revealing their intricate details and three dimensional preservation.