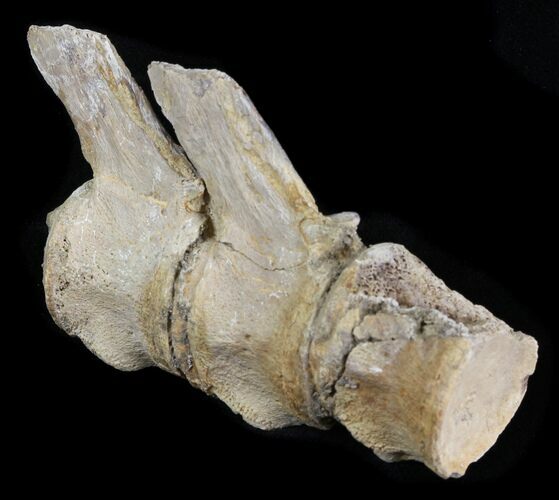 This is a string of three associated (and still attached together) caudal vertebrae from Platecarpus, a type of Mosasaur. They were collected from the Smoky Hill Chalk in Gove County, Kansas. Two of the vertebra retain their process while it is broken off in the third. The entire associated string is about 3.1" long.