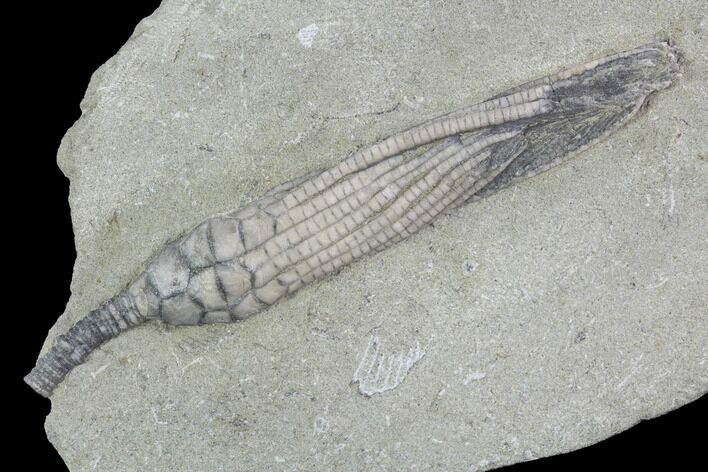 This is a beautiful Ulrichicrinus coryphaeus crinoid from the Edwardsville Formation near Crawfordsville, Indiana. It is preserved 3D and has been prepared with air abrasives. The entire piece is 4.3 x 3".