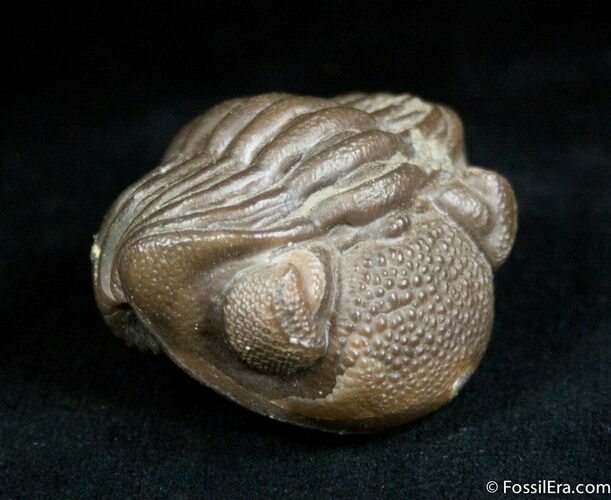 Some of the best preserved and most collectable trilobites in the United States are the Eldredgeops from Ohio's Silica Formation. Unfortunately none of the quarries where these were collected back in the 70's, 80's and 90's allow collecting anymore, so they have gotten scarce on the market.

The surface detail on this trilobite is amazing, you can see all of the facets in it's compound eyes. It's just under 1.3 inches wide and about 2.5 inches around curve making it pretty good sized. There's a little chip in front of the pygidium but otherwise it's spectacular.

These are primary reasons for distinctive, “smothered bottom” layers that provide a coveted fossil hunting experience. Another exciting surprise is pyritized fossils that are a product of sulphate-reducing, post-depositional conditions.