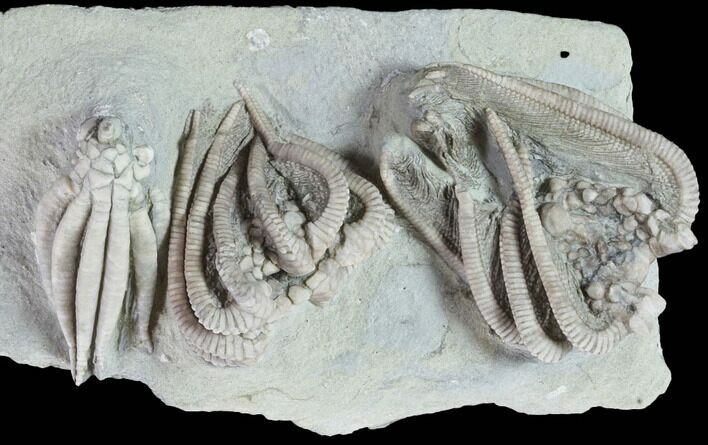 This is a beautiful crinoid association from the famous Witherspoon crinoid quarry near Crawfordsville, Indiana. The quality of preparation on this fossil is exquisite - using skillful air-abrasion techniques under a stereo microscope.

There are two crowns of the much sought after Agaricocrinus americanus as well as a crown of a Scytalocrinus decadactylus next to each other on a 5x2.7" piece of limestone.