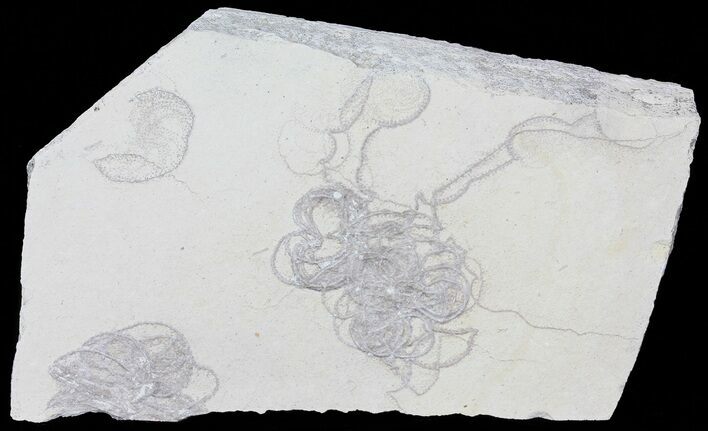 These are finely preserved crinoid fossil of the species Antedon pinnulata from the upper Cretaceous, marine deposits near Hakel, Lebanon. This is the only species of crinoid known from the locality. Comes with an acrylic display stand.