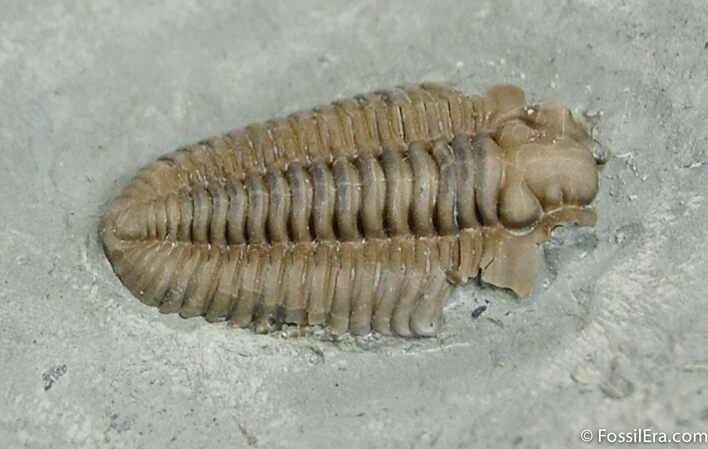 Here's a well preserved molt of the trilobite Flexicalymene retrorsa from Indiana, just under an inch in length.