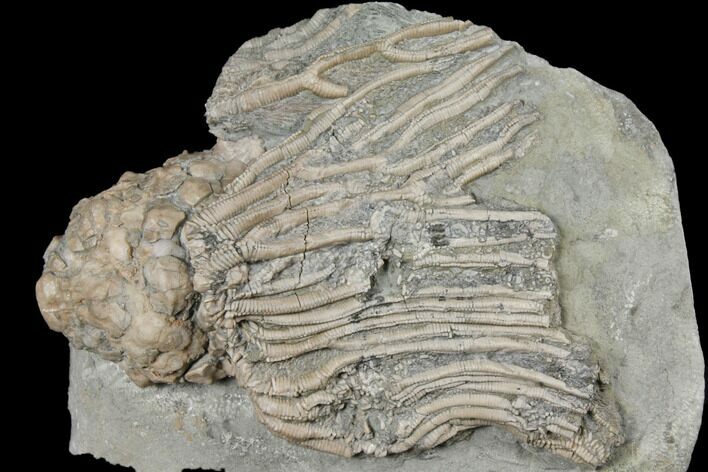 This is a huge, 4.2" long crinoid (Actinocrinites gibsoni) crown from the Ramp Creek Limestone near Crawfordsville, Indiana. Comes with an acrylic display stand.