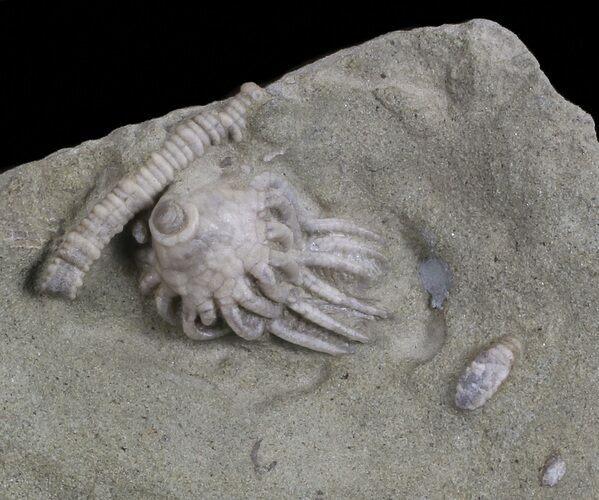 This is a small, .6", Macrocrinus mundulus crinoid from the Edwardsville Formation near Montgomery Co., Indiana. This crinoid has been prepared under microscope using air abrasives.