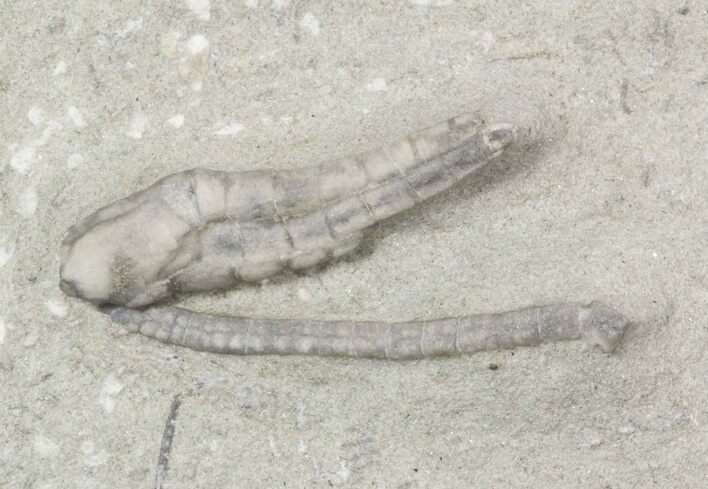 This is a Halysiocrinus bradley crinoid with a nice section of attached stem from the famous Witherspoon crinoid quarry near Crawfordsville, Indiana. The have been prepared under microscope using air abrasives. 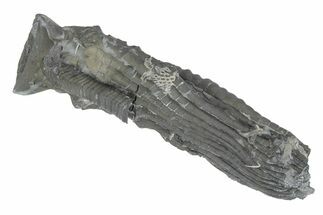