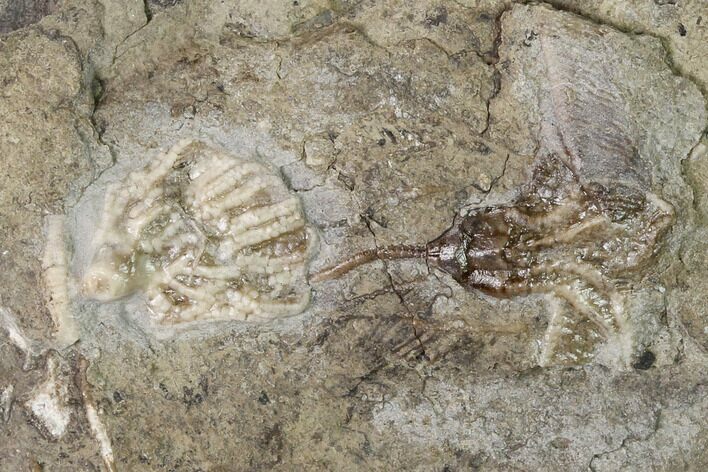 These are two naturally associated fossil crinoids of the species Dichocrinus multiplex (#7) and Aorocrinus iola (#1) from the Gilmore City Formation of Gilmore City, Iowa. The rock has been meticulously removed using air abrasives to reveal the beautiful structure of these crinoids.

There is a repaired crack just beneath the Dichocrinus crinoid where the rock chipped away and was glued back in place.