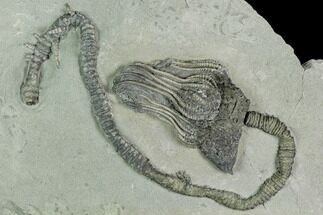 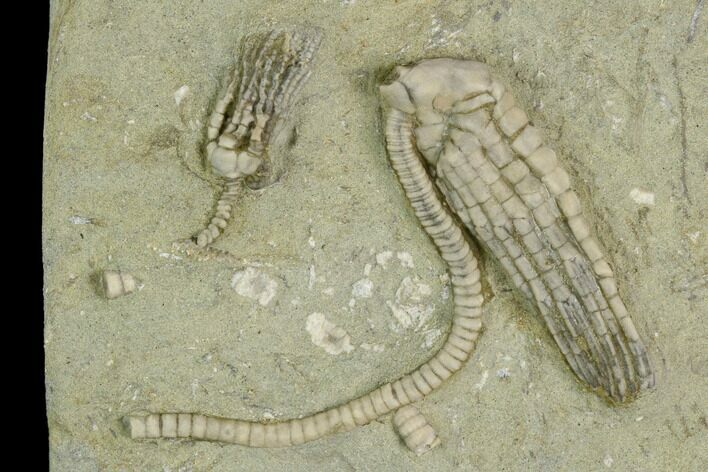 These are two fossil crinoids from the Edwardsville Formation crinoid beds near Crawfordsville, Indiana. This association includes a small .75" long (including stem) Platycrinites saffordi crinoid and a 1.75" long (including stem) crinoid of the species Halysiocrinus tunicatus. These fossils were prepared using skillful air-abrasion techniques under a stereo microscope. 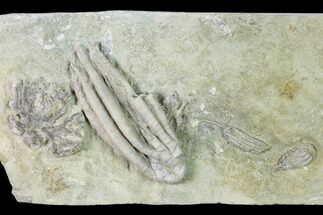 Three Species of Crinoids on One Plate - Crawfordsville, Indiana
$125 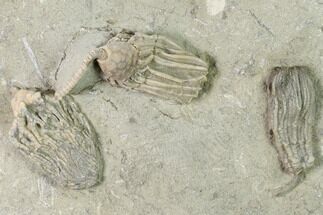 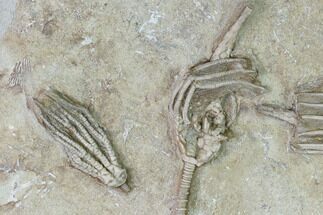