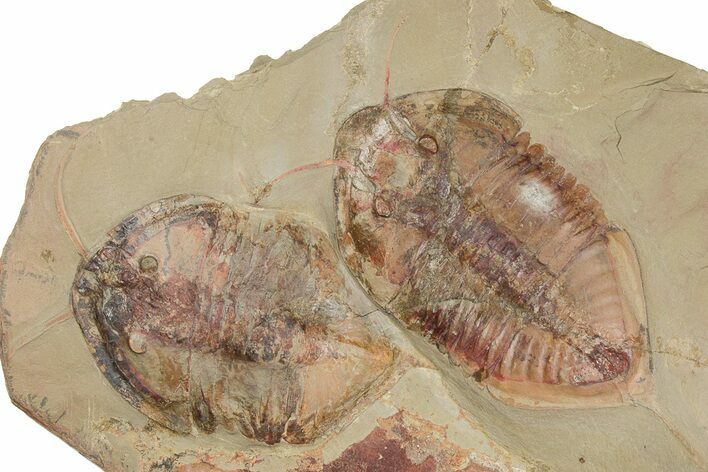 This is a very unique specimen that I've had in my personal collection for the past couple of years. It is a pair of large (7.8" & 6" long) Megistaspis trilobites with soft-bodied preservation including detailed antennae and gut traces. While I've seen a handful of these large asaphid trilobites with soft-bodied preservation none have had antenna this well defined. Just checkout the macro photos to see the segmentation on them. One specimen is been prepared with air abrasives to further exposed the antennae running underneath its head. A very unique piece.