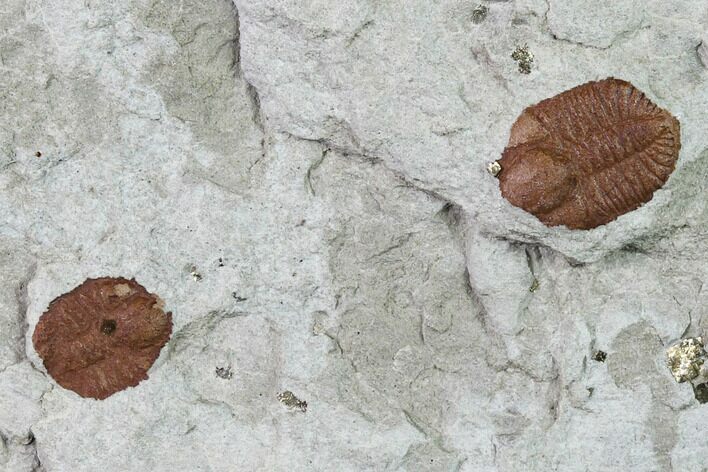 These are two prone specimens of the Ordovician trilobite Ampyxina bellatula. These trilobites were collected from the Maquoketa Formation of Pike County, Missouri. The largest trilobite is .43" long.