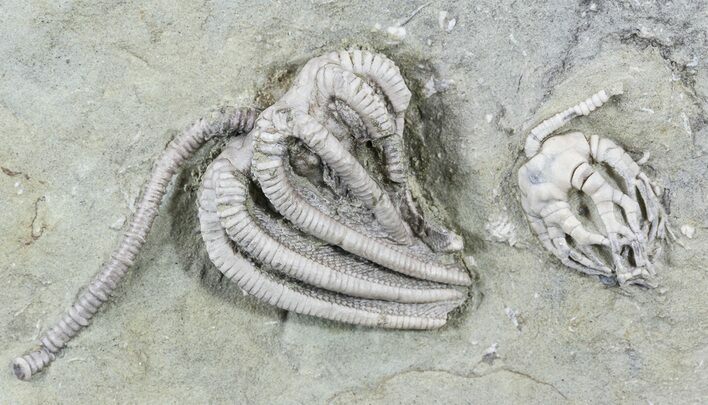 This is a pair of well preserved crinoid fossils from the famous crinoid beds in Crawfordsville, Indiana. The larger crinoid is a 3.5" long (including stem) Agaricocrinus splendens while the smaller one is Cyathocrinites. Both specimens have been prepared using air abrasives and are well preserved. Comes with an acrylic display stand.