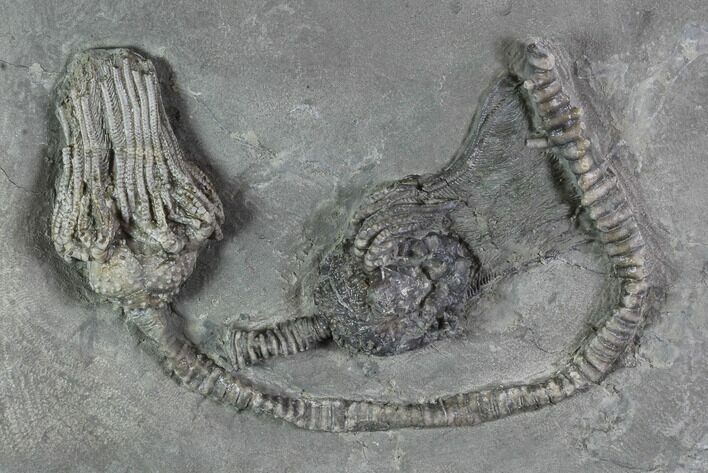 This is a pair of very 3D Platycrinites crinoids from the famous crinoid beds near Crawfordsville, Indiana. A significant portion of the stem is nicely preserved on one of the crinoids. The quality of preparation on these fossils is exquisite - using skillful air-abrasion techniques under a stereo microscope.

The longer stem has likely been composited.