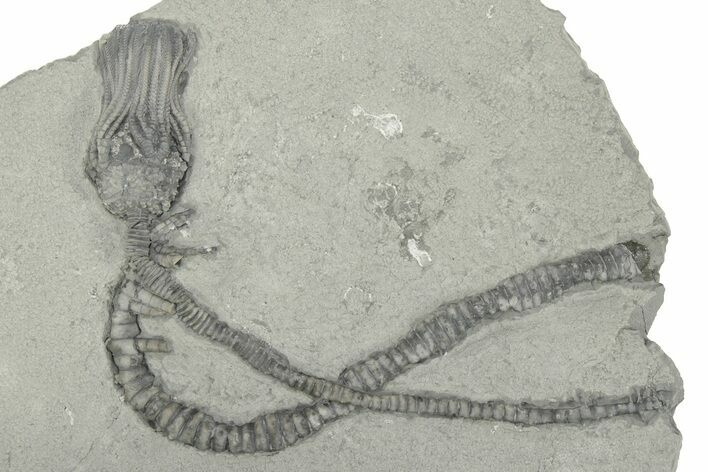 This is a Platycrinites hemisphericus crinoid from the famous crinoid beds near Crawfordsville, Indiana. This crinoid was prepared using skillful air-abrasion techniques under a stereo microscope.

Both stems are natural and have not been mounted to the rock.
Comes with an acrylic display stand.