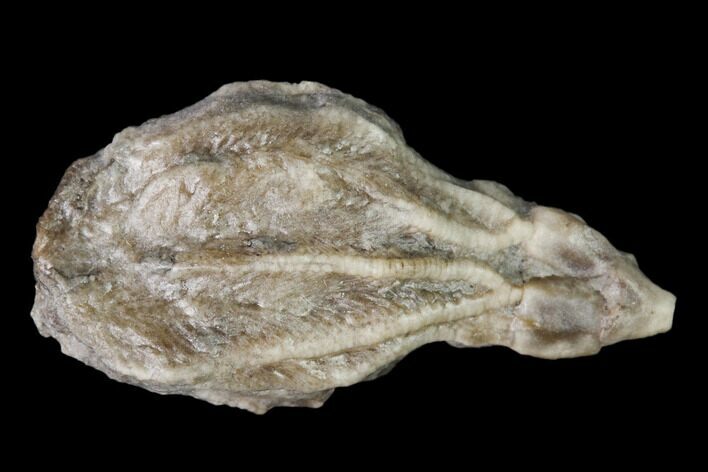 This is a fossil crinoid of from the Gilmore City Formation of Gilmore City, Iowa. The rock has been meticulously removed using air abrasives to reveal the beautiful structure of this crinoid.