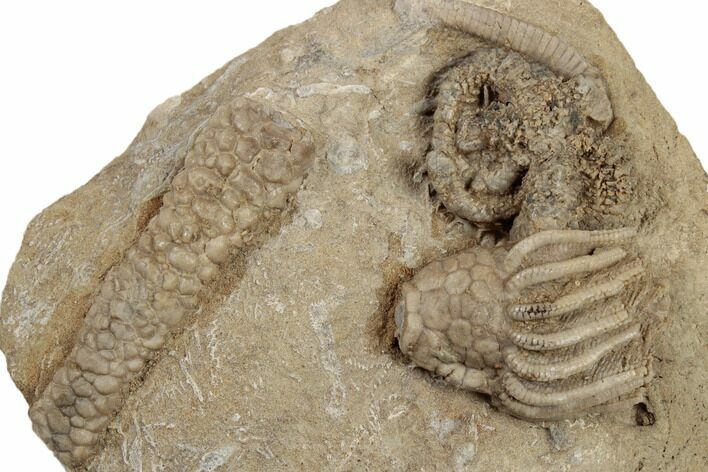 This is a rare, .8" wide, Carboniferous aged, fossil starfish (Onychaster flexilis) associated with a crinoid crown (Macrocrinus mundulus) from Crawfordsville, Indiana. Both fossils are 3D, highly detailed and have been prepared with air abrasives under microscope.