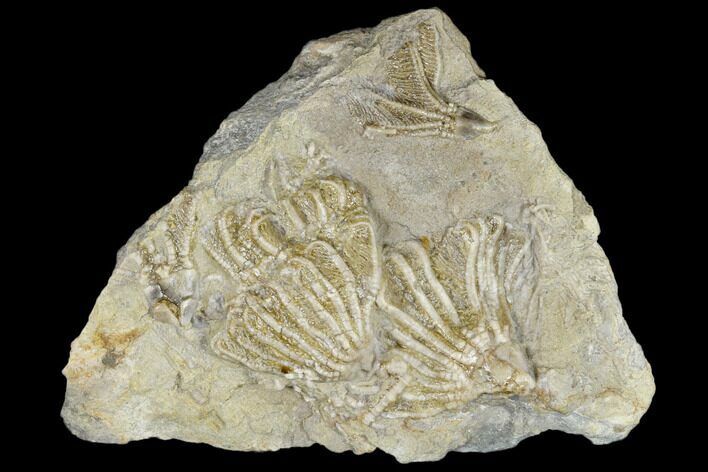 This is four fossil crinoids, three Eretmocrinus and one Dichocrinus from the Gilmore City Formation,Gilmore City, Iowa. The largest Eretmocrinus is .8" and the Dichorinus is .4". This specimen shows the calyx (body) and pinnules (feeding arms) of all individuals. The rock has been meticulously removed using air abrasives, to reveal the beautiful structure of this crinoid. 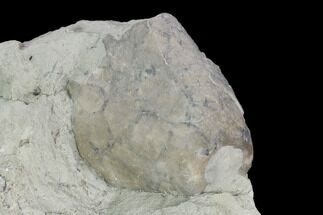 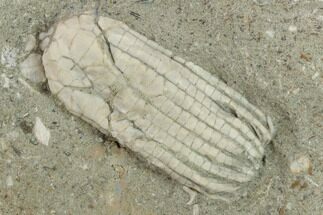