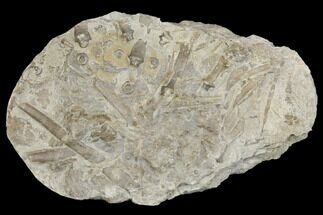 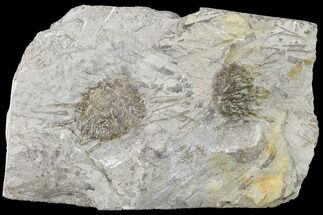 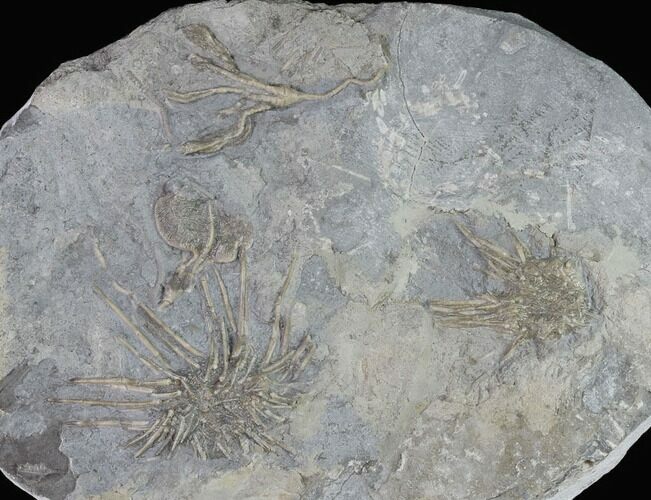 This is a 5.7" wide fossil plate containing four individual specimens, including two crinoids (Dichocrinus, Culmicrinus) and two urchins (Archaeocidaris aliquantula) It was collected from the Gilmore City Formation in Gilmore City, Iowa. All are preserved 3D and have been prepared with air abrasives. There are several repaired cracks in the shale with some gap fill work in the cracks but it is a natural association. The entire piece is 5.7 x 4.6"

Crinoids, sometimes commonly referred to as sea lilies, are animals, not plants. They are echinoderms related to starfish, sea urchins, and brittle stars. Many crinoid traits are like other members of their phylum; such traits include tube feet, radial symmetry, a water vascular system, and appendages in multiples of five (pentameral). They first appeared in the Ordovician (488 million years ago) and some species are still alive today.
SOLD
DETAILS
SPECIES
Dichocrinus multiplex, Archaeocidaris aliquantula, Culmicrinus thomasi
AGE
Mississippian 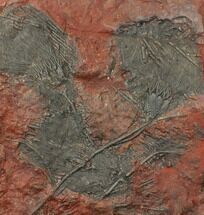 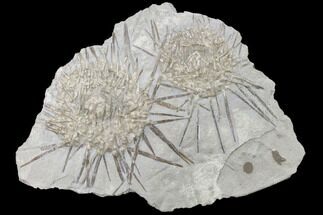 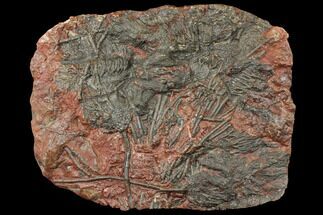 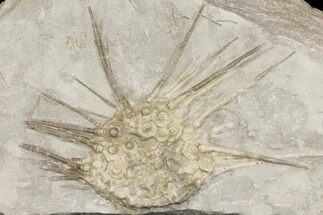