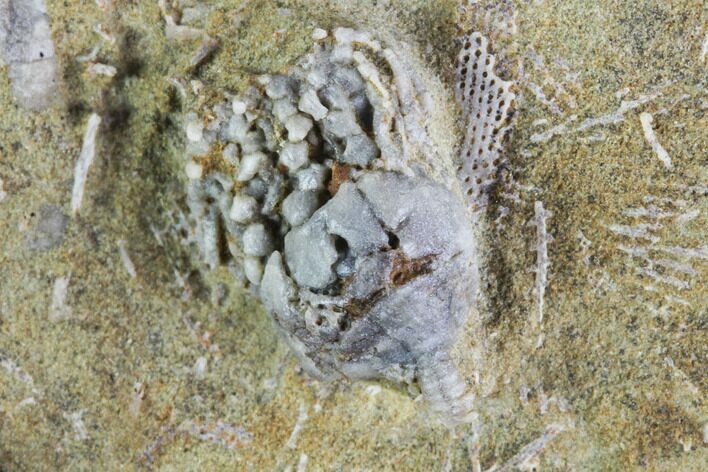 This is a tiny but nicely preserved Platycrinites niotensis crinoid fossil from Crawfordsville, Indiana. It has been cleaned under microscope using air abrasives.