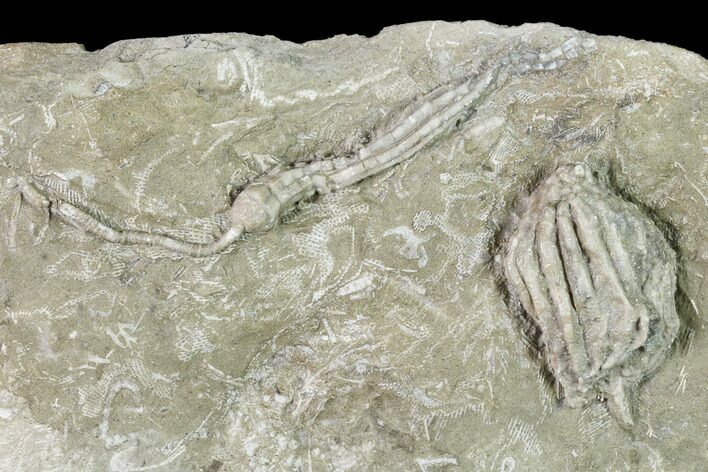 This are two crinoids of the genus' Dizygocrinus and Synbathocrinus that were collected from the Keokuk Formation of Randolph County, Missouri. The rock has been meticulously removed using air abrasives to reveal the beautiful structure of these crinoids. There are bryozoan fossils that have been partially exposed, scattered throughout the rock.

The genus of the elongated crinoid is Synbathocrinus. Comes with an acrylic display stand. 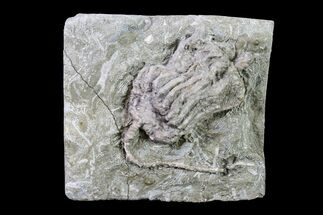 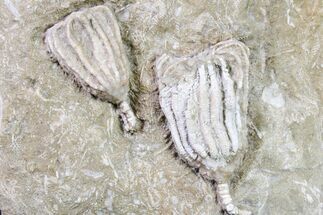 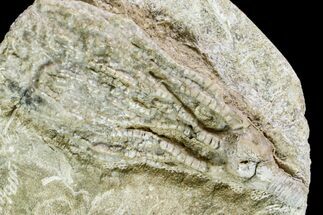