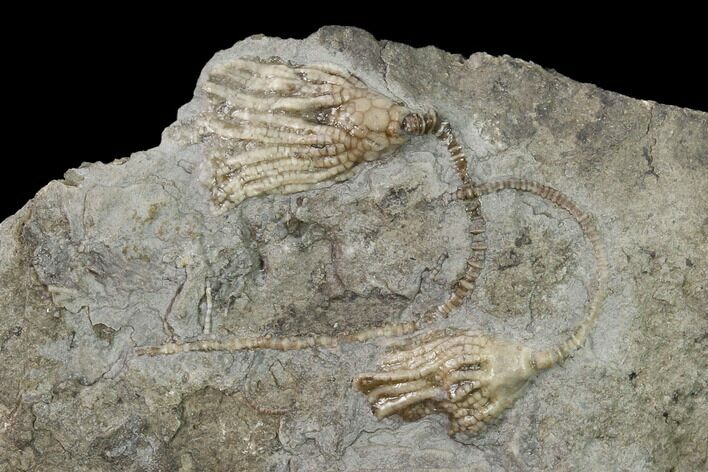 These are two naturally associated fossil crinoids of the species Eretmocrinus tentor from the Gilmore City Formation of Gilmore City, Iowa. The rock has been meticulously removed using air abrasives to reveal the beautiful structure of these crinoids.